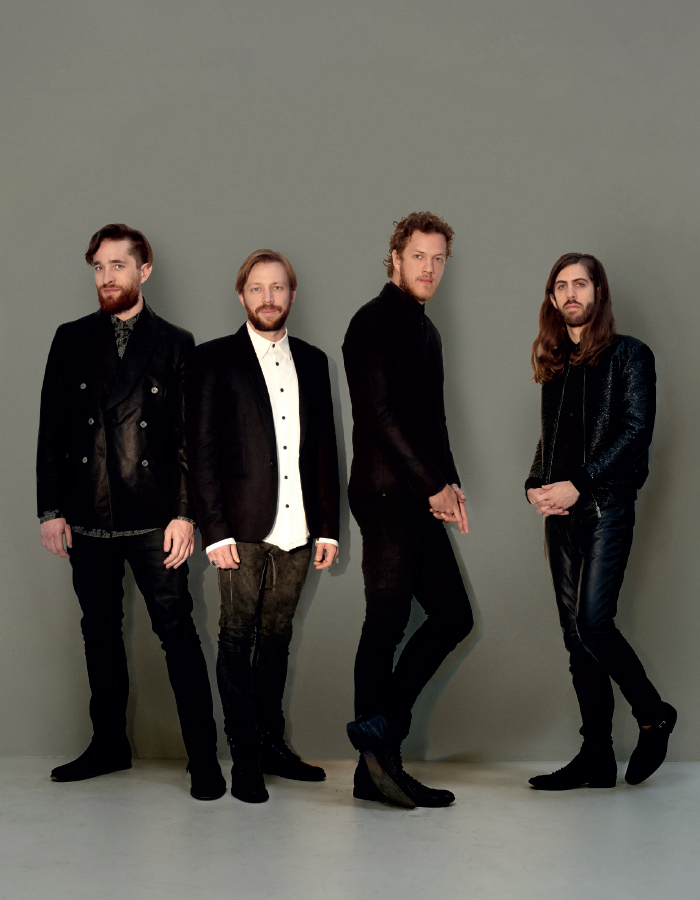 Posted at 01:58h in Blog, Foundation News, Imagine Dragons by imaginedragons 0 Comments
1 Like
Share
PAPERMAG recently interviewed nine living legends of music, the causes they believe in and the worlds they envision. Imagine Dragons and the TRF get top billing. See the entire PAPERMAG article here.
The easiest way to get the four members of Imagine Dragons to light up like Christmas trees is to ask them about someone named Tyler Robinson. He, the namesake of the youth cancer foundation they founded two years ago, was also their friend and a constant source of delight during the few years they collectively knew him.
As the band was on the rise, Tyler’s brother had reached out via Facebook to lead singer Dan Reynolds the night before a 150-capacity show in Utah. He wanted to let him know that his little brother would be coming and that, as he battled chemo, the 14-year-old had fallen in love with the band’s song “It’s Time.” That night, Reynolds told Tyler’s story on stage and, sure enough, the crowd began chanting his name, even going so far as to raise the pale, thin Robinson onto their shoulders.
“It was probably the most magical moment I’ve ever had on stage,” Reynolds says while sitting with his three band mates after a photo shoot in Los Angeles.
The band can get lost inside of talking about the foundation, each rattling off facts they’ve learned about the lives of cancer patients and the ways the foundation works. But Reynolds stops himself at one point, making sharp eye contact.
“It is the absolute most important thing that we do as a band and our favorite thing that we do,” he says, and then lowering his voice amid the buzz of stylists and photographers in the background. “It’s great to do photo shoots and interviews, but it’s a very selfish lifestyle to be a musician. The most refreshing part of tours is [when] we go meet a family and hear their story.”
USE YOUR VOICE: IMAGINE DRAGONS written by Jessica Jean Jardine / Photography by Albert Sanchez.
0 Comments