The Tyler Robinson Foundation begins with the story of Tyler – one of many heroes who chose not to let his prognosis dictate his outlook on life. At 16-years-old, Tyler was diagnosed with Rhabdomyosarcoma, a rare form of cancer.  In the following year leading up to his passing, he was able to touch countless lives.

Those who knew Tyler were inspired by his courage, and his insistence on enjoying life and spreading happiness despite the physical and emotional strain of living with cancer. Determined to continue Tyler’s legacy of creating something positive despite the odds, his family and members of the band Imagine Dragons (who had grown close to Tyler) came together to create the Tyler Robinson Foundation. Below is Tyler’s own story, penned just a few months before his passing. Some people say that Tyler lost his battle with cancer, but we couldn’t disagree more. The real battle is not whether you live or die, but how you respond to the challenge. 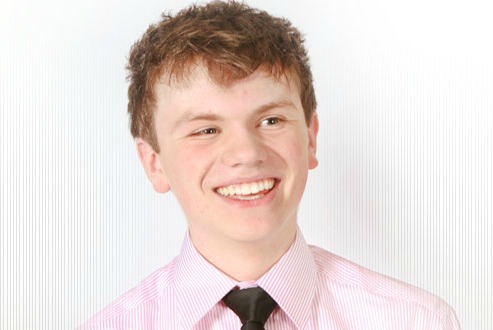 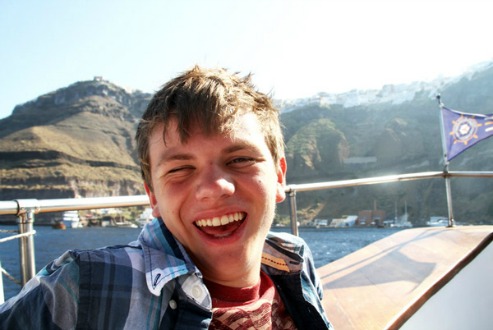 “My name is Tyler Robinson and I would like to tell you my story.

When I was 11-years old I got a staph infection in my leg that went septic – the infection spread throughout my body and my organs began to shut down. I spent two weeks in intensive care at Primary Children’s Hospital on a respirator and had seven operations on my leg. I was fighting for my life and many people thought that I wouldn’t make it – but I fought hard and after five weeks in the hospital and five months on antibiotics – I was cured. Last year, when I was 16 years old, I noticed I had a lump in my groin. I had been working out so I just thought I pulled my muscle; but it kept getting bigger. I finally told my mom about it and she took me to the doctor. After the biopsy I learned that I had a cancer called Rhabdomyosarcoma. I was told that I had a racquetball-sized tumor near my bladder and that it had spread to my lymph nodes and throughout my body. After a spinal tap they told my parents that my bone marrow was 95% full of cancer. My parents didn’t tell me that it was stage 4 because they didn’t want to discourage me. It seemed surreal at first, but I was OK with it. Then I went to meet with the doctors and they told me what I was facing. I needed to have 20 rounds of chemotherapy and it would take a whole year. I would also need an operation and six weeks of radiation. I would miss my junior year at Brighton High and some of my senior year. I remember going home and feeling so mad and depressed. I told my mom that I didn’t want to go through it – not a whole year of it.

Our local church leader came over that night and counseled with me. He told me that people who go through hard things either become bitter and angry, or they learn from it and become stronger. He told me that I had a choice to make. From that night on, I chose to be the bigger man.

In February I had my first set of scans and tests to check on my progress. My doctor came into the room and told us that everyone was amazed that my tumor was gone and I wouldn’t need an operation. I still needed to go through six weeks of radiation and to continue chemotherapy until the fall. In June the tests showed that my bone marrow was completely clear of cancer. I am now officially cancer free and I will be done with my treatments next month.”

This year I’ve learned to be patient and no matter how bad I felt, I pushed through the pain. I found that there is no use complaining or feeling sorry for myself – it doesn’t help anything. Always try to stay positive and have faith.” 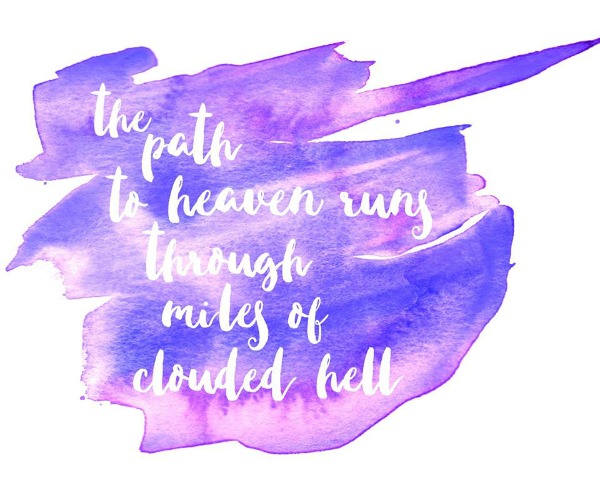 Tyler’s cancer unexpectedly returned just after writing his story and he passed only a few months later. But his optimism and zest for life stayed with him to the end. He taught those who know and love him the power of positivity and its ability to extinguish darkness even in the face of adversity. We hope that this Foundation can honor his example by reaching out to lift up other children with cancer and the families who support them.

Tyler loved music, which was the catalyst for his relationship with the band Imagine Dragons. One of his favorite lyrics during the time he was battling cancer comes from the song “It’s Time,” which says The path to heaven runs through miles of clouded hell. When the band heard about this, they dedicated the song to him at a show – this was the beginning of a long friendship.